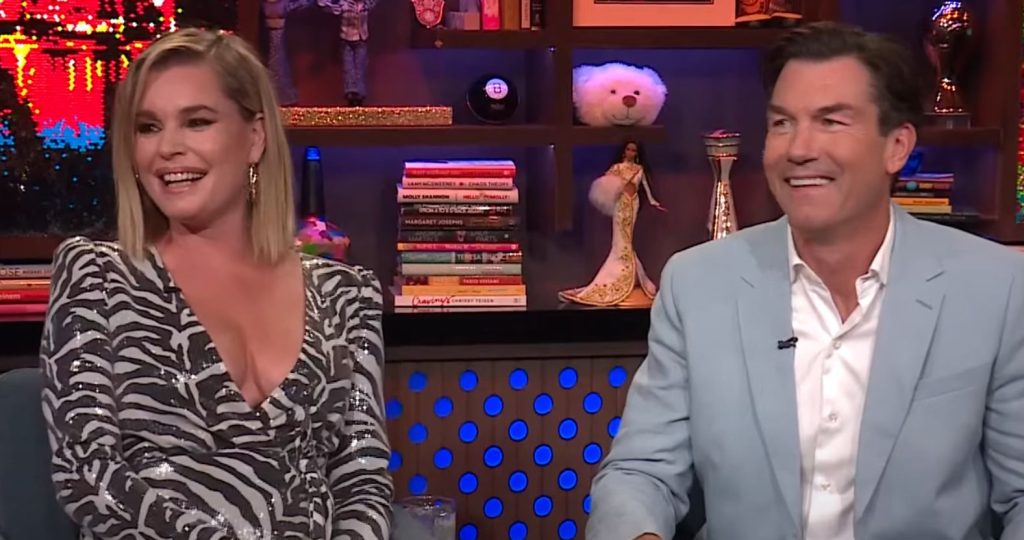 Jerry O’Connell and his wife, Rebecca Romijn, celebrated their 15th wedding anniversary and paid heartfelt tributes to one another.

The couple are on a romantic trip to Greece and have shared photos on social media to celebrate.

In one of the photos, the Star Trek actress was cuddling up to her spouse while swimming in some rock pools in a black bikini.

In the caption, Jerry brags about his wife, which reads: “Today marks 15 years. This one tolerates my mommy problems, cheapness, and is completely out of my league. INFINITELY. Happy Anniversary! Love ya Babe.”

Rebecca also shared some photos from their vacation, in which they looked to be having a fantastic time by the water.

The couple has gone on vacation without their 13-year-old twins, Dolly and Charlie, who do not appear in their photos.

Jerry and Rebecca live in an odd scenario in that they are only a few blocks away from her ex-husband, John Stamos.

The Full House actor moved into their Calabasas neighborhood in 2021, and Jerry discussed it on Watch What Happens Live with Andy Cohen.

When asked if they had seen him, Jerry replied, “I have not, but I make sure that my hair is perfect every day just in case I do see him.”

He went on to say that he was “on the lookout” for John, but that “it would be very friendly if we did”

During an interview on The Talk, she recently revealed how tough the breakup was for her own spouse.

“When I’m with you personally, and I hear you talk about your ex-husband, it sounds like it was fun,” Jerry stated. “You always have really fun memories.”

Rebecca’s response was: “I do, and I have a lot of great memories. I have many pleasant recollections of him. There are many aspects of him that I miss. But, yes, it’s difficult.