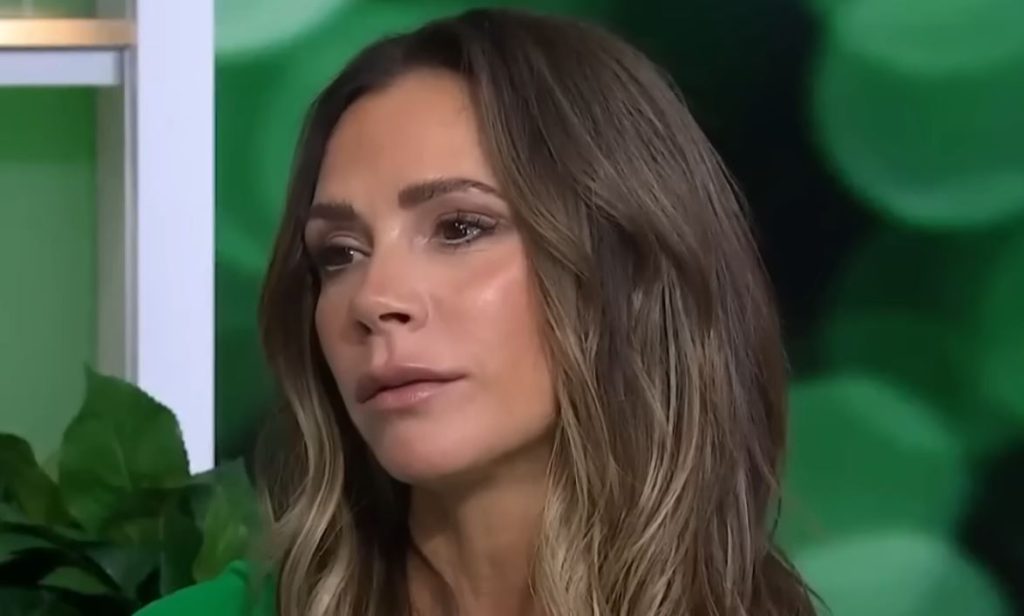 Victoria Beckham is known for eating a simple, small amount of food, like salmon and vegetables.

She apparently breaks her dietary guidelines after a night of partying, as she admitted on Sunday that her favorite hangover remedy is something sweet!

The fashion designer resorted to Instagram stories to share that her favorite hangover cure is a huge fizzy drink.

The former Spice Girl shared a snapshot of herself clutching a “super big” Big Gulp container in extra large while sitting in her car.

“I can’t help it when I’m hung over!” Victoria captioned the photo. She went on to say: “Eleven o’clock!” HUGE GULP!! ” She didn’t mention what she drank, but it’s reasonable to infer she found it refreshing.

Victoria has already posted pictures of her night out with friends and family, including some with her 17-year-old son Cruz and 11-year-old daughter Harper, as well as her close friend Eva Longoria.

Posh and her husband, retired footballer David, seemed to be having a wonderful time, and they had certainly earned it. The pair got in some good exercise on Friday when they went on a lengthy hike in Aspen.

In one video, a breathless Victoria, dressed in skintight cycling shorts and a matching vest top, stated, “So we’re here in Aspen on a pretty major hike, but look at the views,” before rotating the camera away from her face.

While she was showing off the view, David could be heard in the background saying, “I hope you’re not putting that dodgy accent on!”

Before viewers could realize what had been said, Victoria’s quick wit kicked in, and she reacted bluntly: “This is just how I talk.”

Victoria also reshared a David post in which he remarked on her video, “Why the heavy breathing?” to which she replied, “Heavy breathing and dodgy accent!”