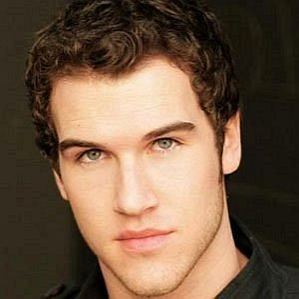 Ben Bledsoe is a 39-year-old American Pop Singer from Snellville, Georgia, USA. He was born on Tuesday, May 11, 1982. Is Ben Bledsoe married or single, and who is he dating now? Let’s find out!

Ben Bledsoe Actor | Soundtrack | Producer Date of Birth 11 May 1982, Snellville, Georgia, USA Birth Name Benjamin Frederick Bledsoe Height 6′ Mini Bio Ben Bledsoe spent most of his young life performing. As a child living in California he was a child model and also acted in several commercials throughout the late 80s and early 90s. In his teen years his parents moved him to Longwood, Florida a suburb of Orlando, Florida where he met future band mate Marc Terenzi. At the age of 16 he helped formed the band “Natural” with fellow members Patrick King, Michael Johnson, and later Michael ‘J’ Horn. After his move to Florida, Ben did whatever acting was available to him in Orlando including episodes of “Kenan and Kel” and “The Mystery Files of Shelby Woo,” as well as countless commercials for companies like Disney, Drug Free America, KFC, etc. After meeting Marc Terenzi, Ben decided to change careers and start a band. He had always sung and played multiple instruments such as the bass and saxophone, but had never been interested in music as a career until he really found some musicians he clicked with. The band named ‘Natural’ was a mix between rock and Pop. Although were a full band when performing live, they also would perform a cappella renditions at local venues as an easier way to promote themselves. The idea worked; their first show at the House of Blues in Orlando, FL completely sold out. After that success they met with a top of his game pop producer named Veit Renn who had written and produced songs for other acts such as the Backstreet Boys, NSYNC and Britney Spears. He signed them immediately and started recording new music right away. Natural obtained a huge local following in Orlando, FL but wanted to stretch out. So Veit, being German decided to send them on a promotional tour of Germany. This was the first major step to their success. One day as they rehearsed at Transcon Studios in Orlando, boyband svengali Lou Pearlman noticed them and liked their act. A stroke of luck would happen when Lou happened to see them perform at the German Festival “Popkomm” in Cologne, Germany. He was there promoting another act, and something in him knew he needed this act when he saw the crowd of almost 150,000 fans going crazy for ‘Natural’. Very soon after they were signed with Transcontinental Records. Lou Pearlman spared no expense and promoted the guys first single with Claire’s and a tour with the Monkees, traveling via Private Jet and Tour Bus. The first single “Put Your Arms Around Me” became RIAA-certified Gold, and reached the Billboard Sales Chart Position of #8. Soon thereafter, ‘Natural’ was signed as the top project of BMG International based in Munich, Germany. The band immediately started touring in The Philippines, Thailand, Malaysia, Singapore, Japan, Germany, Switzerland, Austria, England, Scotland, Italy, Spain, France, and Sweden to conquer little girl’s hearts. They had much success with such hits as “Put Your Arms Around Me”, “Will It Ever”, “Runaway”, “Let Me Just Fly”, “What If”, and the Sarah Connor number-one hit “Just One Last Dance”, on which they were featured. In the summer of 2003 Marc Terenzi’s girlfriend Sarah Connor became pregnant. Lou Pearlman wasn’t happy with the news and wanted Marc kicked out of Natural and replaced with someone new. Ben and the other members were not thrilled with this and decided to break Natural up. They finished the tour and Ben was left to a new phase in his career. “Natural” finished their last tour in Europe and Asia in September of 2004. Ben, being one of the main songwriters in the band, started writing new music right away with band members Marc Terenzi and Michael Johnson. After a few months, Ben realized that if he wanted to write music professionally, he’d have to be able to play more than just the bass and saxophone. So he “locked himself” in his studio for 3 months and taught himself guitar and piano. His style of play… He started as a child model and would later guest star on the Nickelodeon show The Mystery Files of Shelby Woo.

Fun Fact: On the day of Ben Bledsoe’s birth, "Ebony And Ivory" by Paul McCartney And Stevie Wonder was the number 1 song on The Billboard Hot 100 and Ronald Reagan (Republican) was the U.S. President.

Ben Bledsoe is single. He is not dating anyone currently. Ben had at least 1 relationship in the past. Ben Bledsoe has not been previously engaged. He was born in Georgia but grew up in Los Angeles, California. He has posted photos to Instagram with his girlfriend. According to our records, he has no children.

Like many celebrities and famous people, Ben keeps his personal and love life private. Check back often as we will continue to update this page with new relationship details. Let’s take a look at Ben Bledsoe past relationships, ex-girlfriends and previous hookups.

Ben Bledsoe was born on the 11th of May in 1982 (Millennials Generation). The first generation to reach adulthood in the new millennium, Millennials are the young technology gurus who thrive on new innovations, startups, and working out of coffee shops. They were the kids of the 1990s who were born roughly between 1980 and 2000. These 20-somethings to early 30-year-olds have redefined the workplace. Time magazine called them “The Me Me Me Generation” because they want it all. They are known as confident, entitled, and depressed.

Ben Bledsoe is best known for being a Pop Singer. American singer who at 16 years-old he helped form the band Natural and in a fortunate turn of events, the band filled in for the headliner at the German Festival Popkomm when the headliner missed their flight. They played in front of 150,000 people to positive cheers. He played Hank Saunders in the pilot episode of the Fox series Glee, starring Lea Michele. The education details are not available at this time. Please check back soon for updates.

Ben Bledsoe is turning 40 in

What is Ben Bledsoe marital status?

Ben Bledsoe has no children.

Is Ben Bledsoe having any relationship affair?

Was Ben Bledsoe ever been engaged?

Ben Bledsoe has not been previously engaged.

How rich is Ben Bledsoe?

Discover the net worth of Ben Bledsoe on CelebsMoney

Ben Bledsoe’s birth sign is Taurus and he has a ruling planet of Venus.

Fact Check: We strive for accuracy and fairness. If you see something that doesn’t look right, contact us. This page is updated often with latest details about Ben Bledsoe. Bookmark this page and come back for updates.