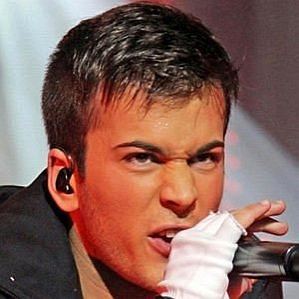 David Carreira is a 30-year-old Portuguese World Music Singer from Dourdan, France. He was born on Tuesday, July 30, 1991. Is David Carreira married or single, who is he dating now and previously?

As of 2021, David Carreira is dating Bárbara Lourenço.

David Araújo Antunes and better known by his artistic name David Carreira is a Portuguese pop, dance, hip hop and R&B singer and an actor and model. His debut album N.1 reached number 1 in the Portuguese charts and follow-up A força está em nós to number 2 in Portugal. Singing in Portuguese, English and French, he has developed an international career and is particularly known in French markets as well with a number of successful singles including “Obrigado la famille” and “Boom”. He was a fashion model and appeared at the country’s biggest fashion events like Moda Lisboa and Portugal Fashion.

Fun Fact: On the day of David Carreira’s birth, "(Everything I Do) I Do It For You" by Bryan Adams was the number 1 song on The Billboard Hot 100 and George H. W. Bush (Republican) was the U.S. President.

David Carreira’s girlfriend is Bárbara Lourenço. They started dating in 2017. David had at least 3 relationship in the past. David Carreira has not been previously engaged. His family moved from France to their native Portugal shortly after his birth. His father Tony was a prominent singer in his time and his brother Mickael became a singer as well. According to our records, he has no children.

Like many celebrities and famous people, David keeps his love life private. Check back often as we will continue to update this page with new relationship details. Let’s take a look at David Carreira past relationships, exes and previous hookups.

He has not been previously engaged. David Carreira has been in relationships with Carolina Loureiro (2015 – 2017). David Carreira is rumored to have hooked up with Daniela Pimenta (2012).

David Carreira is turning 31 in

David Carreira was born on the 30th of July, 1991 (Millennials Generation). The first generation to reach adulthood in the new millennium, Millennials are the young technology gurus who thrive on new innovations, startups, and working out of coffee shops. They were the kids of the 1990s who were born roughly between 1980 and 2000. These 20-somethings to early 30-year-olds have redefined the workplace. Time magazine called them “The Me Me Me Generation” because they want it all. They are known as confident, entitled, and depressed.

David Carreira is famous for being a World Music Singer. Portuguese singer whose debut album, N.1 reached number one on the Portuguese charts. He’s also popular for successful singles such as “Obrigado la famille” and “Boom.” He featured rapper Snoop Dogg on the song “A Força Está Em Nós” from his 2013 album A força está em nós.

What is David Carreira marital status?

Who is David Carreira girlfriend now?

David Carreira has no children.

Is David Carreira having any relationship affair?

Was David Carreira ever been engaged?

David Carreira has not been previously engaged.

How rich is David Carreira?

Discover the net worth of David Carreira on CelebsMoney or at NetWorthStatus.

David Carreira’s birth sign is Leo and he has a ruling planet of Sun.

Fact Check: We strive for accuracy and fairness. If you see something that doesn’t look right, contact us. This page is updated often with latest details about David Carreira. Bookmark this page and come back for updates.